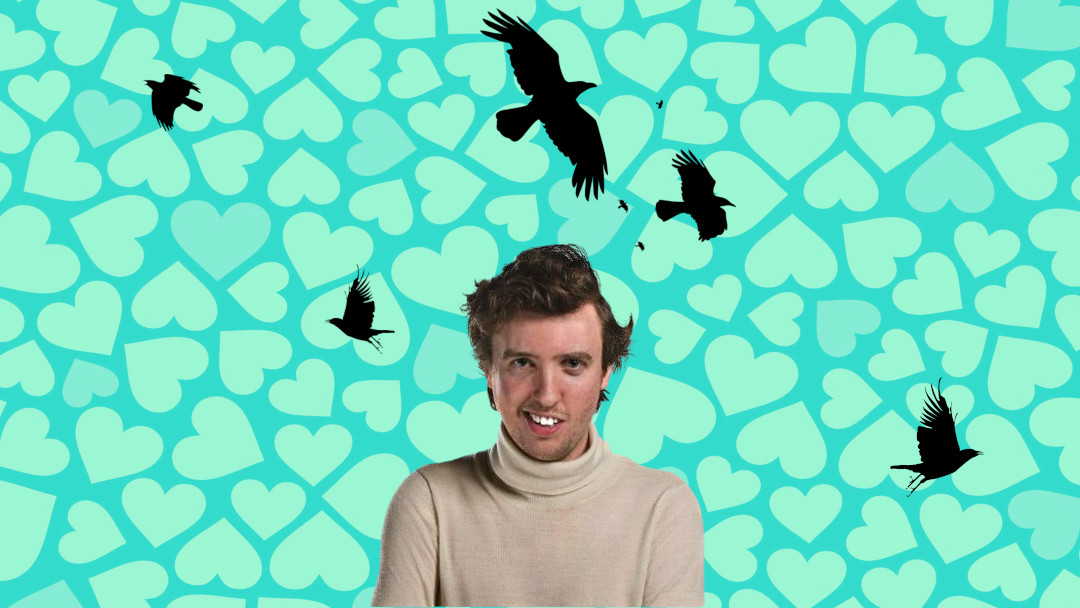 When you know, you just know? At least, that’s what everyone says when it comes to finding love. But the panel of relationship experts we’ve assembled for this piece say it’s just as easy to realize when someone isn’t Mr. Right.

We’re going to use this opportunity to skip the obvious Mr. Wrong things like poverty or outright abuse — and explore some of the creepier warning signs that a busy or forgiving woman might otherwise miss. 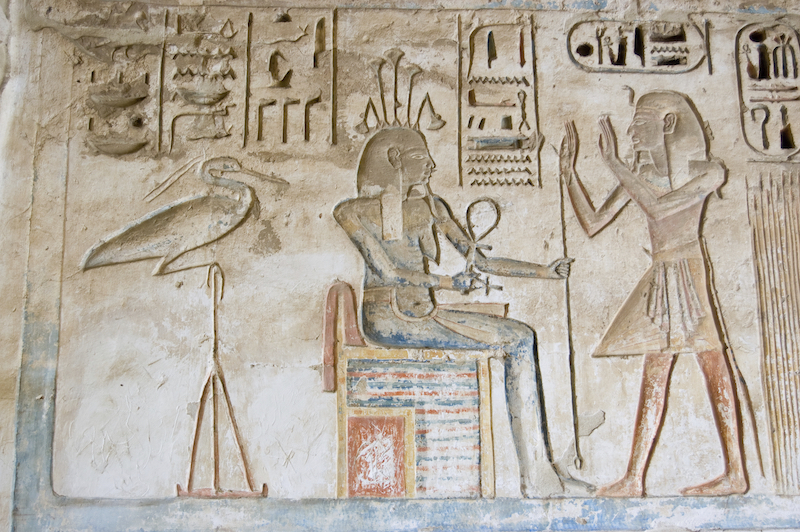 Knowing what you want in a partner means being honest with yourself. When a potential mate shows a side of himself that doesn’t sit right with you, pay attention, because it speaks to something dark inside him that he has hidden so far.

But women have an ace up their sleeve: men’s simplicity. “All guys will reveal enough information about themselves by the fourth date,” says psychotherapist and relationship expert Rachel Sussman, author of The Break-Up Bible.

“If you notice red flags and still go forward, hoping for someone to change, or for a different outcome, you are setting yourself up for a bad breakup.” 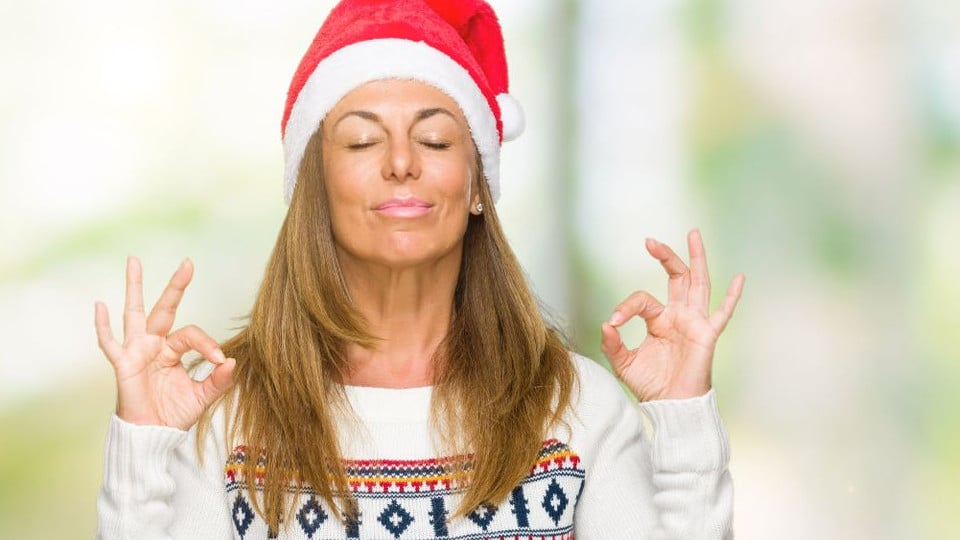 Experts agree that a healthy relationship can’t be one-sided. If you find that:

— then don’t make excuses for it. Whether he’s cold on this relationship because he just isn’t that into it or he’s a sociopath, this is certainly not The One or any kind of human material you want in your happy life. Instead, take notice, and remember rule #1 above.

Sign #2: Old clothes and being stingy with his money (these two always go together) 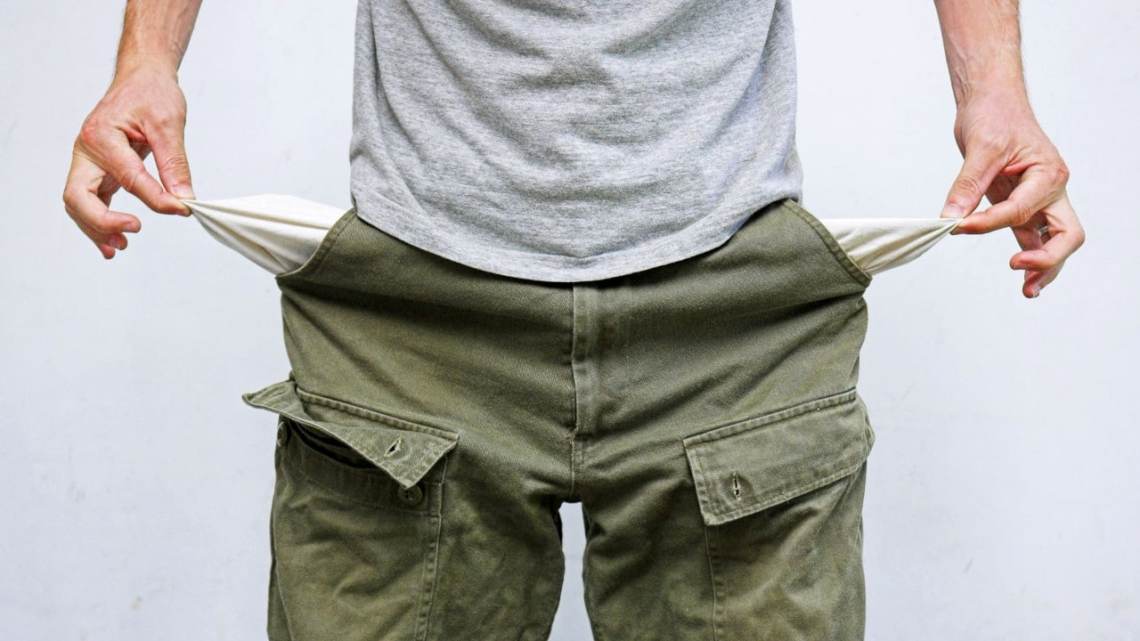 I don’t know where men got the idea that wearing decade old clothes and getting knock-off phones with green chat bubbles is the same as shopping when there’s a sale, because it absolutely isn’t. And it’s just creepy.

He isn’t jiving with society, and on top of that his stinginess reveals a selfishness hidden within that could put you at risk of him being on the sociopath spectrum. Even if these guys aren’t all Buffalo Bills yearning to let loose, this is the vibe we’re kind of feeling when we learn he is hesitant to spend money. 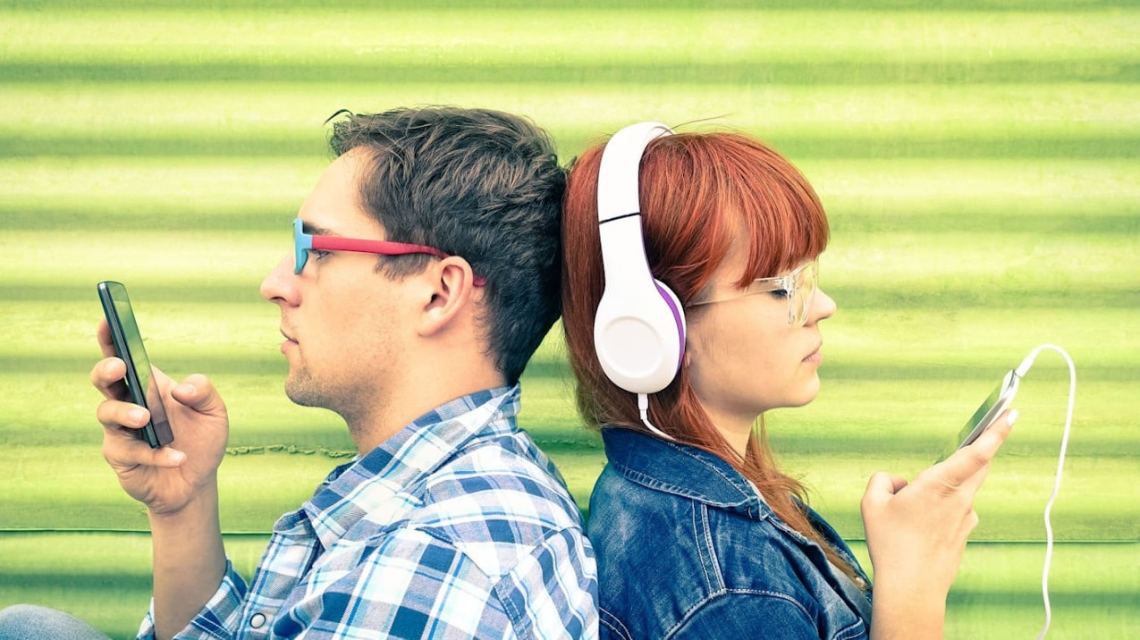 Being secretive about what’s on his phone or computer is at the very least a sign of insecurity or emotional unavailability, and often something far worse (like outright cheating or reading illicit materials online).

You need to confront him on this and figure out if his excessive privacy comes from something you can work through, but don’t hold your breath. In most cases a man who won’t let you keep tabs on his internet and phone use is a drop-kick, and certainly not The One.

Make no mistake: his casual little remark about finding a female politician shrill or “bossy” could be revelatory of something much more sinister. Experts agree that at this point he is probably already deep inside the alt-right pipeline, plumbing dark corners of the internet for even harder materials than Ben Shapiro. There is no saving such a person once past the Benny stage.

A healthy relationship is built upon trust, and that trust can’t exist when he literally wants to take your basic human rights away. Quiz your guys about the moral issues of our time on the second date at the latest. Constant political frictions, or lack of human rights, are not something you need in your life.

Sign(s) #5 to infinity: He shows signs of authoritarianism 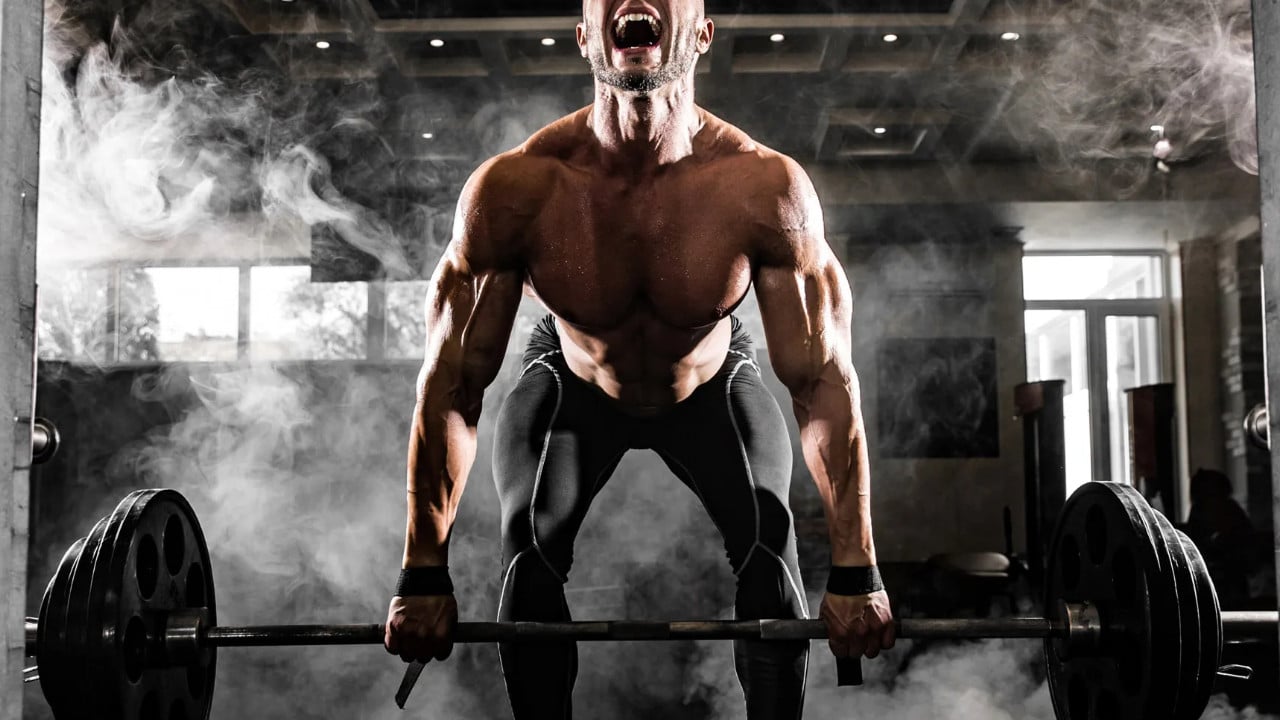 Adding to the above, you should be on constant lookout for signs of inherent authoritarianism and right-wing radicalization. Signs are many, but according to internet experts, important no-go’s include:

Important caveat: It’s absolutely possible for a naïve person to innocently wander into something they didn’t realize is associated with right-wing extremism. Exercise discretion and your own good womanly judgment if he only displays one of these signs — but RUN if you recognize two or more.

Sign #6: He openly says it — actually believe him this time 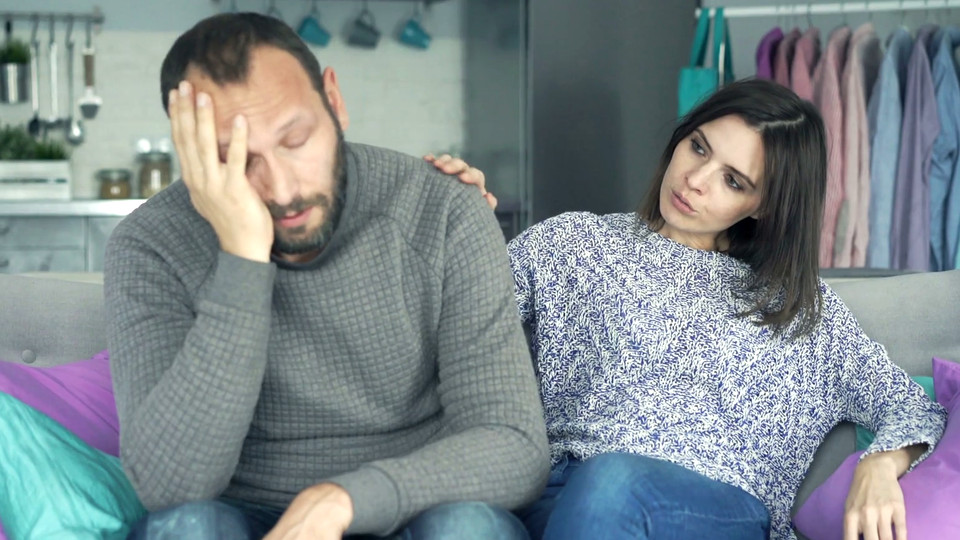 Here’s one where we as women can easily get lost. Our good nature often tells us that anything can be mended and that we can work out almost anything with talking — even when he says he isn’t interested in taking your relationship to the next level.

But “when a man says he isn’t interested in a serious relationship or marriage, believe him,” says dating and relationship expert Julie Spira, author of The Perils of Cyber-Dating: Confessions of a Hopeful Romantic Looking for Love Online.

If deep down you know things aren’t as great as you’d like them to be, stop telling yourself that they will change. Pestering a man for a deeper relationship when he doesn’t want one could lead to him feeling cornered, and lash out violently.

According to expert and dating coach Ronnie Ryan, who has written a series of relationship books including MANifesting Mr. Right: It’s Never Too Late to Find the Love You Want, “Women seem to think things will get better with time, but that is so not true.”

We often lie to ourselves and rationalize, so listen to your gut 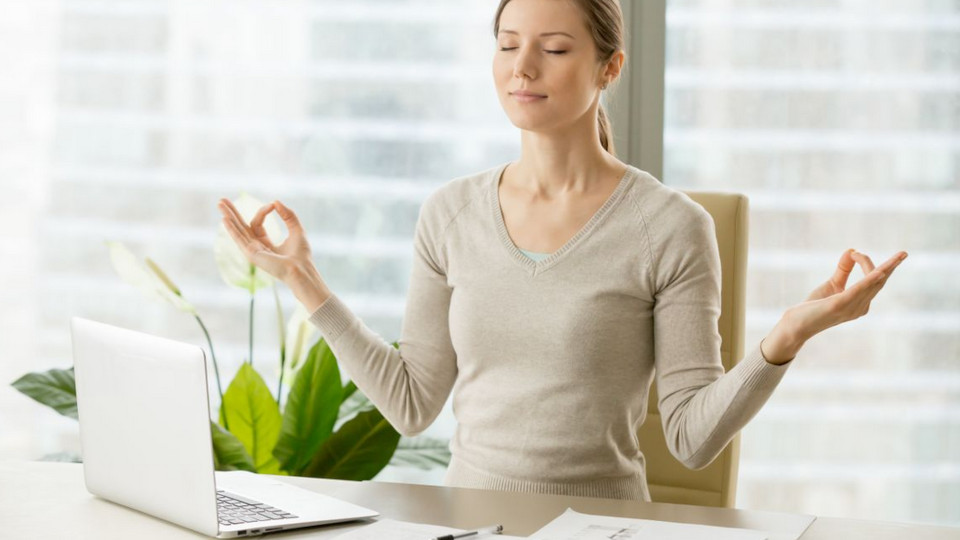 Women who ignore their relationship reservations do so at their own risk. Some may feel like they are overreacting or being silly, but when it comes to finding your partner in life, you can’t afford to ignore your intuition about anything creepy. When a guy’s vibe is even just a little bit off, you have to realize that’s your biologically programmed survival instincts kicking in and screaming danger, danger.

“We might feel so in love that we are willing to do almost anything, which includes lying to ourselves,” says Amy Laurent, author of 8 Weeks to Everlasting: A Step-By-Step Guide to Getting (and Keeping!) the Guy You Want. “Unfortunately, that is a very toxic approach to love, life and anything else that might otherwise lead to happiness.”

In most cases, it shouldn’t take long for those instincts to kick in. “After three to four dates, you should know if trouble is brewing,” says Sussman. “If it is, RUN!”

Face your “cat lady” fears instead of settling

Fear of the unknown often leads women to cling to a so-so relationship. They are afraid that if they let a man go, they may never be able to find what it is they want and hit the mythical Wall (not real). So instead of making the decision which is in their best long term interest, many women settle.

Other women struggle with the fear of being alone, and would rather spend their time in a less-than-ideal relationship to avoid attending holiday celebrations and social gatherings by themselves.

However, avoiding reality is no way to find a healthy romance. “When you honor yourself by being true to what you know is right and let go, that is the time you have the best chance of connecting with a new and better man,” says Ronnie Ryan, who is also the author of Is He the One?: Find Mr. Right by Spotting Mr. Wrong.

Read more about this in our article The no-BS way to find Mr. Right: date hundreds of men.

Clinging to the wrong relationship won’t do you any favors in the long run, the experts agree. Most women and men will not cut the cord because they have become so dependent on the other person for their happiness that they no longer know who they are. Or worse, love who they are.

Once you have determined that your relationship will not lead to long-term romance, move on. Being honest with yourself will only open the door to a better partner down the road.

“Do you really want to waste one more minute hiding from getting what you want by latching on to what’s comfortable?” asks Amy Laurent. “If you do, you’ll be in this same position for the rest of your life until it’s too late.”

10 thoughts on “<span class="entry-title-primary">6 creepy signs he’s not ‘the one’</span> <span class="entry-subtitle">Our panel of relationship experts say it's even easier to realize when someone is Mr. Wrong than Mr. Right. Here's why.</span>”