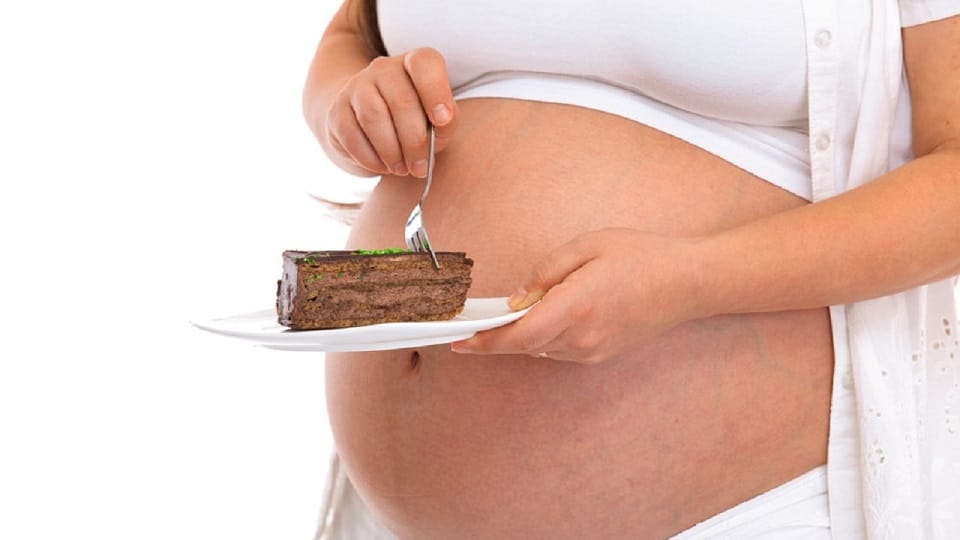 Last week, I was convinced that I was pregnant, even though nobody has ever ejaculated into my vagina.

I’d like the record to show that I, Ashley Reese, am pretty well versed in sex education. I had plenty of in-depth sex ed at my progressive private schools growing up and I even write for a teen girl site in which I let help our readers separate fact–yes, you can potentially get pregnant even if you do it on your period, your boyfriend is a 15-year-old idiot, please don’t listen to him–from fiction–no, you can’t get pregnant if he came on your leg. So I’m not in the stick-a-can-of-soda-up-your-cooch-to-kill-the-sperm camp by any stretch of the imagination. But I am paranoid and I have watched one too many episodes of TLC’s I Didn’t Know I Was Pregnant than I should have.

Honestly, that’s all it took.

According to my iMessage texting logs with three different people–boyfriend and two friends–my hysteria started around 12:20 AM. Earlier, I texted my boyfriend about my anxiety, my hair pulling, and general Not Great Feelings. Then, it spiraled.

“What If I’m pregnant and don’t know it.”

“WHAT IF MY WEIGHT GAIN IS A BABY”

At the same time, I texted two close friends about how I’m worried that I was pregnant. This was all done while I was slumped over in bed, prodding my protruding, bloated belly, fully aware that it was barely a week after Thanksgiving, that I was PMSing, and that my period was literally days away according to my period tracker app. My friends replied to me first, eager to help me out, one even suggesting to go with me to Rite Aid to pick up pregnancy tests. But I could sense the head tilt in both of their replies, which I imagined would have sounded like the perky yet firm tone of a nursing home employee chiding someone’s dementia addled grandmother about respectful Bingo etiquette.

They both know I’ve never had sex, and likely assumed that they would know if my v-card status had changed (they assumed correctly). I’m imagining them receiving my frantic texts and wondering how exactly they’re going to explain to me something I already very clearly know: You can’t get pregnant if you haven’t had sex, girl. I’m well aware of this fact, but did it stop me from Googling “Is It possible to have your period while pregnant?” Of course not.

Bodies are weird and like to play tricks on you, especially if you happen to be a female bodied individual. The uterus is enough of a passive aggressive piece of shit on its own–you know, that whole bleeding for a week thing after realizing that you don’t have any potential babies cooking up in there–but the body during PMS is just plain rude. As a friend of mine and the internet pointed out, PMS symptoms are basically just catfishing as pregnancy symptoms. I honestly never thought about it that way, but it makes sense: bigger stomach, sore boobs, increased appetite, and mood swings. That was me in a fantastically nutty nutshell last week. So, of course, I convinced myself that I was probably a few months pregnant and just didn’t realize it.

Embarrassingly enough, it’s a lot easier to attribute my clothes not fitting properly to an unplanned pregnancy than a recent uptick in overeating and a lack of exercise. The truth hurts.

But every I Didn’t Know I Was Pregnant horror story usually involves sperm to some extent, right? Right. Well, I’m embarrassed to report that I’ve sunken to the level of those girls who think that close proximity to a penis alone can cause an oops baby. I’m not going to go into detail, but yes, a penis has been near my vagina, it even attempted to go inside of my vagina a few times, but without pre-cum or sperm, so…what was I thinking?

Honestly, I don’t know. I came up with some scenario of pre-cum accidentally making it’s way into my vag in some friction-happy scenario that I wouldn’t have thought twice about. And in that moment of midnight hyperventilating and wondering when I should start considering an abortion, it made a lot more sense to believe that than to acknowledge the fact that my period has arrived like clockwork since 2001.

After my friends and logic eventually calmed me down in the most horrifying twenty minutes of my life, my boyfriend finally replied to my texts: “Hey sorry I didn’t see this. Dude you literally can’t be pregnant.” Then he gave me a call, saying that he’ll go with me to get a pregnancy test if I really wanted to, but that I literally have nothing to worry about. He then added, “You’re not pregnant, but if you were, we’d be having an interesting year.”

The thrilling conclusion of this story is as follows: I’m happy to report that I’m not ready to be the 21st century Virgin Mary. My period arrived, as scheduled, a few days later. But while I’m definitely not worried about being pregnant anymore, if this is how nervous I become without even having sex, I can imagine how much of a paranoid mess I’m going to be when I actually do. Maybe I should consider looking into birth control options now as a preemptive strike, or maybe I should just get some goddamn chill.