This Fourth of July is celebrated by many Americans, particularly white Americans. But as we celebrate the birthday of our nation, let us not forget that for many Americans, the holiday is a reminder of the racism that is deeply ingrained in our country’s history.

For Black Americans, the Fourth of July is a reminder of the slave trade that brought their ancestors to this country against their will. It is a reminder of the centuries of oppression and discrimination they have faced, and of the ongoing fight for equality. It is a reminder that the “founding fathers” of the United States were all drunk and racist slave owners who didn’t see Africans as deserving of “life, liberty, and the pursuit of happiness.”

For example, the very name “Fourth of July” erases indigenous people’s histories and experiences in this country. It naturalizes whiteness and makes invisible everyone who isn’t white. And Native Americans and Africans didn’t use the white, racist, Gregorian calendar. To refer to the month as “July,” as a black person, is internalized racism because it is deleting black customs and ways of knowing.

Similarly, the way we celebrate Independence Day with fireworks is appropriative. Fireworks are part of many indigenous cultures’ ceremonies and have deep meaning for Native Americans. For them, setting off explosives in the sky is a desecration of and act of violence against sacred sky sites. But of course, we already know that white people do not care about preserving Native American culture, so it’s likely that the tradition of fireworks is rooted in something more sinister. It is speculated that fireworks were used by slave owners to scare enslaved Africans working in their fields. 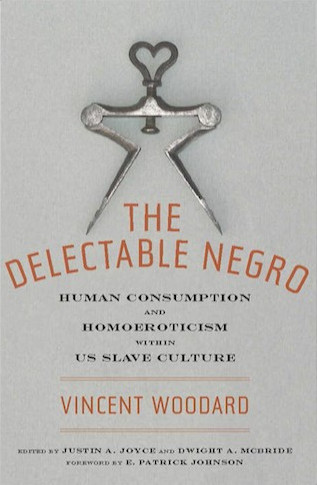 And let’s not forget about the racist origins of barbecue. Barbecue, as we know it today, was invented by enslaved Africans who were forced to cook for their white masters. It is a reminder of the brutal system of slavery that built this country and how African cuisine was stolen and appropriated by whites.

But it gets worse. In traditional white “culture,” barbecue started from cooking not only animals, but also human flesh. Some slave narratives have claimed that their white masters had feasted on the human flesh of black slaves. According to an article written by Manuel Barcia, Professor of History at University of Leeds:

Fear of White cannibalism had existed among West and West-Central Africans since at least the sixteenth century. From the beginnings of the Age of European Expansionism in the Atlantic, Africans seem to have been wary of the prospect of being eaten by White men. Historical evidence suggests that at least from the sixteenth century onward, the Portuguese were told in West Africa that Africans believed that “Christians ate human flesh and that all the slaves they bought were carried away to eat.”

The history of white slave master cannibalism and sexual torture of slaves of color is explored more in-depth in the 2014 history book The Delectable Negro, written by renowned historian Vincent Woodard. You can buy a copy of this book on Amazon and other retailers.

We can be sure that the tradition of eating black folks, along with all of the other aforementioned white traditions and atrocities, is enshrined in the Fourth of July. The connection is simple: the Fourth of July wouldn’t exist without America, and America wouldn’t exist without slavery, and slaves wouldn’t exist if it wasn’t for the white hunger for physically superior and more nutritious melanated bodies. The holiday is celebrated on the corpses of cannibalized black babies.

So this Fourth of July, let us not forget the racism that is deeply ingrained in our country’s history. Let us not celebrate a holiday that celebrates the oppression of Black and indigenous people. And let us resolve to do better, to be better, for everyone who calls this nation home.