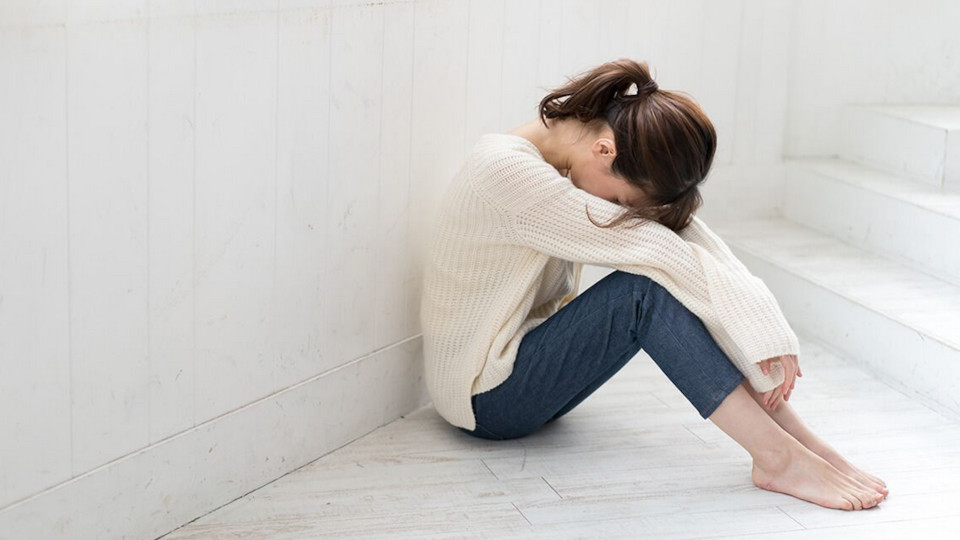 It was a rainy evening, and the streets were full of traffic. When I finally made it to the restaurant at which we were meeting, I stalled outside, hiding behind a bus stop to call my best friend.

I didn’t know why I was so nervous to meet this guy, but I assumed it had to do with the fact that he was in one of my favorite bands.

“Just have dinner with him. What have you go to lose?”

My friend was right; I had just graduated college, was living back at home with my mother, and had no serious commitments… I had nothing to lose.

Young, dumb, and awe-struck, I ignored my gut instinct and went with my heart. He was well dressed and well traveled. He was generous enough and so caring. He seemed like he would make a really great boyfriend.

Immediately, my friends disliked him, and slowly but surely I began seeing what they pointed out. As it turns out, he may have been well dressed and well traveled, but he was giving to enable guilt trips, and caring to watch his back. He had a story for everything, and a vehement voice that could convince anyone of anything. He would make a terrible partner.

Quickly my world spiraled out of control. Not knowing any better, I turned to my new beau for stability and support through life’s hardships and drama. He was hardly ever there when I needed him to be — always out drinking with friends who inflated his rock star ego, or playing music with young girls — but the few moments of what-seemed-like dedication were enough to keep me attached.

I believed moving in together would change everything – A change of scenery and lifestyle would bring a change of priority, right? Wrong. After only a month of constant fighting, and his drinking, drug use, and gallivanting around town with younger girls who treasured his rock star past, I packed my bags. It wasn’t until he cheated on me in our home that I was able to move out.

After weeks of him sitting outside my new home, blaring his car horn and relentlessly calling me to spend time together, I packed up again and moved back in. Less than three months later, he threw something at my face, and a few weeks after that, he slept with a girl on our couch. And so, I broke up with him again.

I ignored my friends’ warnings and spent six months living out of a suitcase in what had now become his apartment — no longer ours. It was less than ideal, but people’s perceptions of him being the rock-star-yet-family-man boyfriend kept me believing. I endured countless fights and anti-Semitic insults. I did enjoy brief hours of good times at the beach or shopping, but I also endured death threats, and I never ventured out with him without wondering if now would be the time he might make good on those threats.

I’m not sure what made me take him back. I suppose I still believed that if maybe we moved to a new environment, things would get better again. And I guess I still loved listening to his crazy stories about life on the road. Little did I know, I would be moving all of my furniture in by myself while he slept off a high for days on end.

We began fighting immediately, and my friends kept urging me to leave. I told them that I wished he would just hit me, so I’d know for sure that things were bad. Verbal abuse and the occasional throwing things at my face wasn’t enough for my naïve idiocy.

One night, shortly after we moved in, he began forcefully chucking things at my head, and blowing smoke in my face while I tried to sleep. The next day at work, everyone knew something was wrong with my disheveled appearance, but I still kept quiet, hoping for the best. Maybe once we put up our wall decor in our new home, things would get better.

Then, a week later, it happened.

I honestly cannot even remember what he was so mad about, but as I sat there on the couch, he held a towel over my face, trying to “make [me] shut up.” When I kicked him off of me, he shoved his fist in front of my face as a warning for “next time.” A few hours later, he put me in a chokehold.

Unable to breathe, I bit his arm. Hard. He squeezed the back of my neck until I fell to the ground, and then he walked away, saying that I deserved it because I’d left teeth marks in his arm. I whimpered, holding my neck.

Fast forward through hours of arguing, and he was still going. After him “fainting” and “not remembering who I am,” he screamed at me to get out of his home. When I tried to call the police, he began twisting my arm to make me drop my phone. I started yelling in pain, and couldn’t drop the phone as his grip tightened. But he kept twisting.

Knowing that my arm was about to break, I flailed my other arm, which happened to hit the side of his face. That was it. Quickly, unexpectedly, and quite forcefully, his closed fist met my cheek.

Everything swirled around me in shock. I fell to the floor. He threw my cell phone at me and walked away. All I could feel was the pain of my jawbone, cheekbone, and ear pounding. Eventually I stood up, at which point he tried apologizing and consoling me, but I screamed, demanding he get away from me. I knew it was time to go.

I flailed and pushed as he tried to hold me back, and without shoes, a bra, keys, or my wallet, I ran outside. I ran down the street, not knowing what to do. All I knew was that I needed to get out of there. At this point, I hadn’t slept in 30 hours, one half of my face was deep red, and I was crying hysterical in pain.

As if by a miracle, I spotted two police officers standing outside on the street. Sheepishly, I stepped up as they spoke to some neighbors, and one immediately noticed the condition I was in.

“Did someone hit you?”

“Was it your father? Boyfriend?”

They whisked me in the front seat of the police car, and drove to my apartment where my attacker was now standing outside, calling the police to play up his “I’m confused and lost my memory” defense. He was immediately arrested and I whaled as they slapped the handcuffs on him. Everything was happening so fast.

At the precinct, he further insisted on his lack of memory. Funny, though, how he only remembered that his brother was a police detective so these cops should treat him with respect. This clued the cops in on the fact that he was all an act. “This is very typical of people we see who commit domestic violence.”

I was rushed to the hospital, where my life instantly became an episode of Law & Order: SVU. Each bruise was documented and photographed. X-rays were taken. Nurses consoled me when I couldn’t move my jaw to answer their questions. I went through the motions of it all completely alone and devoid of any emotion.

My rock star boyfriend-turned-attacker got nothing but a lousy temporary order of protection, followed by a year of probation, and then his record swiped clean. Yes, I stupidly spent time with him during that year. Yes, someone eventually convinced me that I am a human being who is worth feeling safe and secure. No, my attacker and I are not in contact anymore. Yes, he is back on the stage playing music while people write about him. As far as I’m concerned, he got out of the mess without any consequences.

The torment of those years is mine, and mine alone. Some would say that I was stupid and “asking for it,” with going back so many times and sticking around with an abusive man. But how is a young girl — or anyone — to know when a person is truly disturbed and not just in a rough patch? I’ve learned, over a long period of time, that this was not my fault.

The lesson? Don’t be foolish like I was. Trust your instinct, your friends, and your family. Everyone knows a bad egg when they see one, and you can only try to see the good in people through so much before you end up a victim.

And when I see his face on those music blogs, I simply close the page and feel thankful for my new life beyond him.

1 thought on “<span class="entry-title-primary">I dated a rock star & all I got was punched in the face</span> <span class="entry-subtitle">He is back on the stage playing music while people write about him. As far as I'm concerned, he got out of the mess without any consequences. </span>”