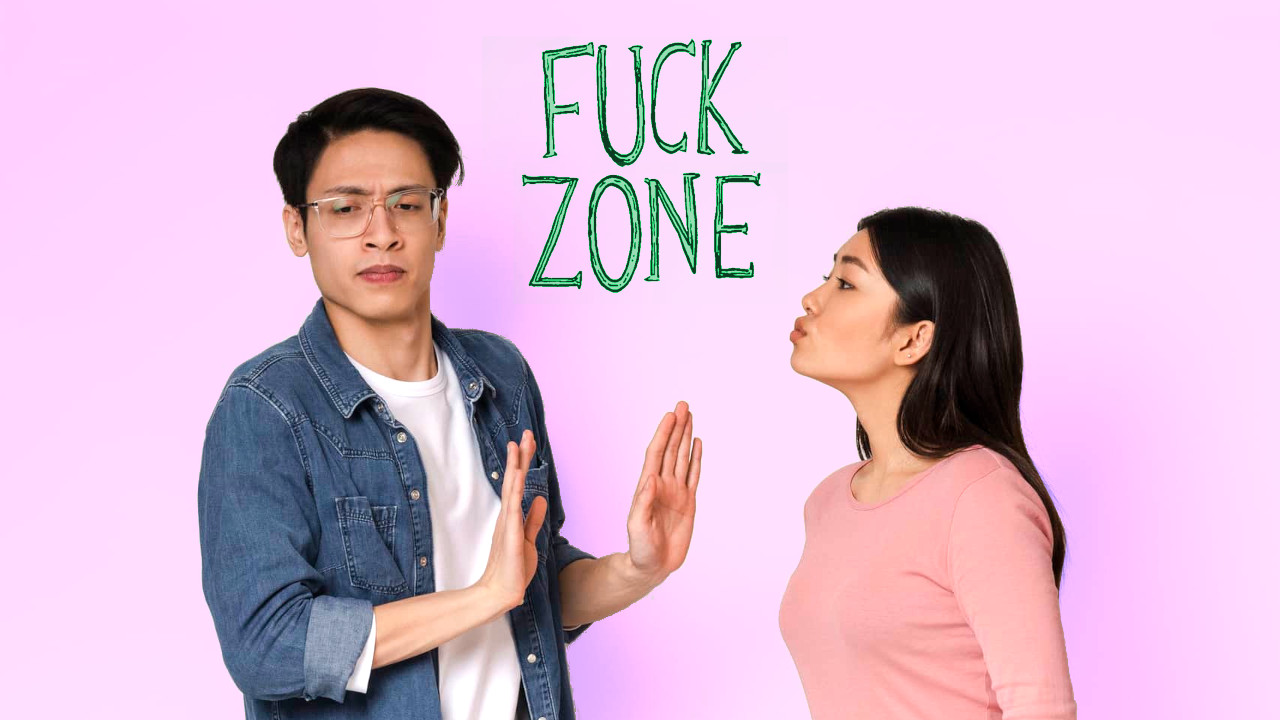 POP QUIZ: You go out on two separate dates. One goes swimmingly — you finish each other’s sentences, make excuses to touch each other’s arms and whatever else you kids are considering a good date these days. Googly eyes?

The other date is a yawn — your date is attractive enough, but there’s no connection and you discover several immediate dealbreakers like a guy my friend recently went out with who told her “I think I eat a lot healthier than you do.”

Or the vegan guy my other friend went out with who told her he doesn’t like to kiss meat-eaters because they “taste like birds.” My friends are very serious about their food preferences.

SO. WHICH GUY DO YOU HAVE WEIRD POST-DATE SEX WITH?

If you’re me, with a Rulesian inner voice in your head guiding your interactions with men, you bang the dude you DON’T LIKE, giving him a nice vaginal reward for his mediocrity. (Although I’ll be honest, I used to drink a lot and it interfered with the signals from my Rulesian inner voice.) Because you obviously can’t sleep with the guy that you really LIKE. Why? You’ll get fuck-zoned.

Have you heard this term before? I found it all over Reddit, being defined as the female equivalent of the “friend zone.”

For my purposes, I’m defining it as the state one enters into when you have sex with a man who might previously have considered you a potential romantic partner but now considers you a casual sexual partner, for no other reason than that you had sex with him.

I’m not saying it’s right or necessarily even true, but it’s ingrained in many of us that sleeping with a guy too soon is a quick way to go from “potential future girlfriend” to “current bootycall.” Or, as one Reddit commenter put it in the comments on one of the million posts a week on this topic: “Men aren’t a vending machine you put sex coins into and expect commitment to fall out.”

One the one hand, assuming a guy should want to date you because he’s fucking you could be considered the same emotional terrorism exhibited by the “nice guys” (read: incels) who complain about “friendzoning.”

Just as women don’t owe guys sex for them being nice to us, men don’t owe women a relationship in exchange for sex.

But what about those cases where putting out itself changes the way guys see us? Does this happen? I asked some guy friends, “are you less likely to think of a girl as relationship material if she bones you on the first date?”

I got a lot of nos, which warmed my heart and genitals, but I also got the following answers, which leads me to believe that the FUCK ZONE IS REAL, at least for some guys.

“Just bang buddies at that point I kind of lose a little respect. I know I’m not that special so she must do this for any dude.”

“Yes and I am still trying to understand the why behind it. I know it’s know different than me screwing someone on the first date. But I think we were just all raised to want something chaster. Latent Puritianical bullshit we are all trying to break ourselves from.”

It’s so counterintuitive! If I’m interested in someone, and then we do dirty stuff together, I get more interested in them, not less, assuming the dirty stuff was fun. But I guess I just don’t understand what it feels like to have a sensitive, easily frightened MAN BONER.

I also asked the girls around the office if they fuck on the first date (HR loves me!) and while my boss said her strategy has always been to have sex IMMEDIATELY AS SOON AS POSSIBLE, everyone else tries to wait a little while if they are hoping for something serious. (I also learned that some women are offended if you ask them if they fucked their husband on the first date. SORRY I’M INTERESTED IN YOUR LIFE.)

I do think that when you meet the right person, you don’t really have to worry about this kind of stuff. One of my longest relationships began with first-date sex…on a webcam. And ultimately, a guy who would lose respect for me for liking to fuck early and often is probably not one I really want to be with.

But there’s still a little part of my brain that says, you know, better safe than sorry.

Especially since most guys will sleep with a girl whether they see her as relationship material or not. So while you may be putting out because you think you’re getting on like a house on fire, he may be putting out because he never plans to see you again and therefore assumes this is his only chance. (For the record, this is totally fine if you’re just looking for casual sex, which I often am.)

As one guy put it: “I’d date a women regardless of when I slept with her, but I also might sleep with a girl regardless of if I’d date her. So (with me or similar), if you want to make sure you don’t have sex without dating, then waiting is prudent.”

SO. Do you fuck on the first date? Do you believe in the fuckzone? Has anybody successfully gotten out of the it? I randomly messaged the one male friend about this and it turns out he and his wife started as fuck buddies — so apparently it is possible to transition.

Is this all just too gender-normative and annoying? I am sort of in the “It doesn’t have to be right to be true” school of thought when it comes to this old-school dating wisdom stuff. Don’t HATE THE PLAYER HATE THE GAME.