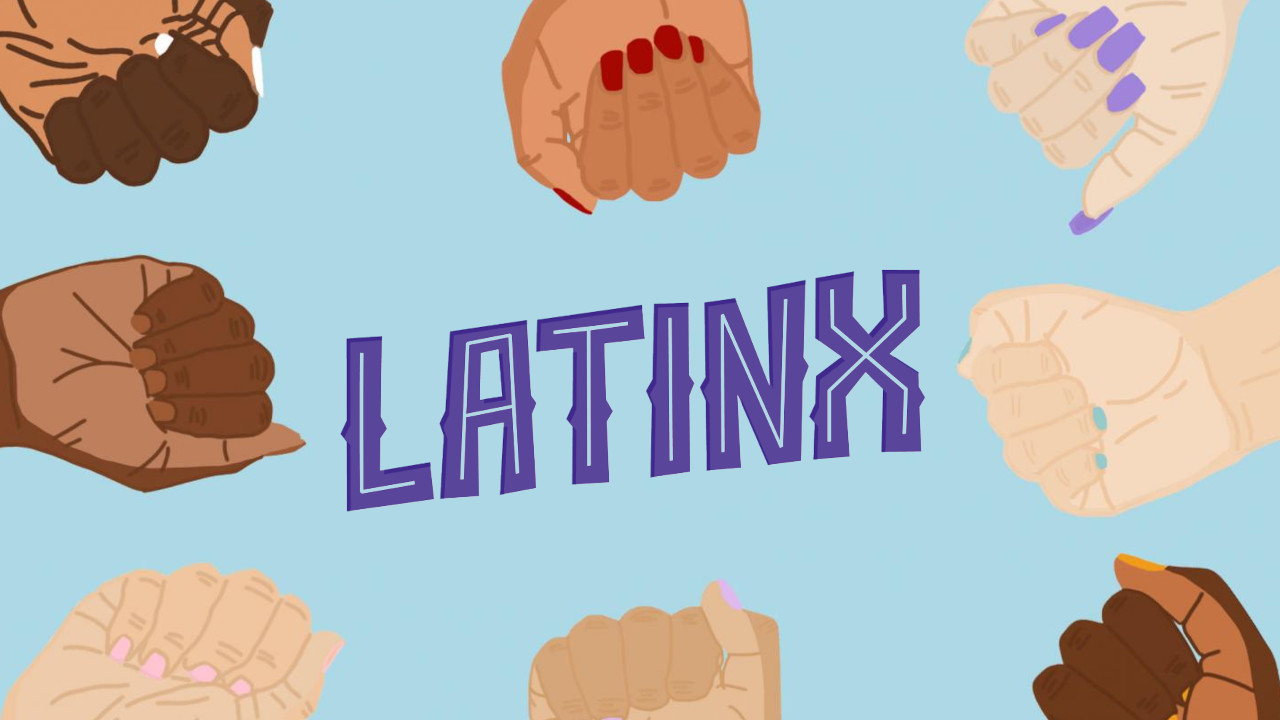 The first time I heard of the term “Latinx” I was the curious newest member of a local Dungeons & Dragons group about to explore a gold mine in some far away mythical land in the back of a bodega. We had crates for chairs and the air was musty in keeping with the underground scenario prepared for us on our table — also a crate.

And we didn’t know it at the time, but the evening would become such a pivotal moment in our idea of identity that we have since described it as our racial coming out party.

There were five of us in total; four players (varying degrees of Afro-Latinx, with prominent but not complete west coast Black identification in one), and one GameMaster (queer as can be, but white; although she did sometimes claim to have a Cherokee princess somewhere up in her lineage, a white-fragile nervous tic we tended to shut down real quick whenever it bubbled up).

What does the word “Latinx” mean?

Pronounced “la-teen-ex” (although a few prefer “la-tinks” or “latin-x”), the term Latinx was originally developed as a tool to avoid gendering members of the LBGTQ-Latin community, as part of a broader movement to recognize the need for language and culture itself to stand in solidarity with transgender folks. While the word worked really well as a gender-neutral alternative to the Spanish language’s gendered suffixes Latin-o and Latin-a, Latinx has since developed into more than just a word: it has become the world’s fastest growing recognized identity.

As the newest member of this ragtag team of dwarves, elves, and warriors, it was time to create a character. Before playing Dungeons and Dragons, I hadn’t thought about my identity all that much. Many Afro-Latinx women grow up with internalized racism, and I was no exception. But even though I wasn’t educated on the widespread systemic oppression of marginalized groups and how these oppressions intersect, there was one thing that I knew for sure: people generally don’t think of dwarves as badass independent Afro-Latinx women.

I didn’t know it when I walked into that bodega for the first time, but the fact is that Dungeons & Dragons is inherently white supremacist. In fact, nerd culture as a whole is inextricably linked to the modern alt-right movement, thanks to a series of events stemming from the GamerGate movement (that’s a story for another time).

So there I was, behind enemy lines in the deepest trenches of nerd culture, staring a blank character sheet and being confronted with my own identity.

I was faced with a tough decision: I could give in to my internalized racism and make my fantasy character the stereotypical white dwarf, or I could embrace my badass Afro-Latinx identity. Obviously, I knew what the morally correct decision was, but I didn’t have the words to verbally express how I was feeling. I didn’t even know what the phrase “Afro-Latinx” was at the time! Thankfully, someone came to my aid.

One of the other players, Camilia, who was a trans Black woman, plainly asked me “are you going to make your character Latinx as well?” I didn’t know what to say because I had never heard that word before. I knew that Camilia was highly educated with a Master’s degree in Africana Studies, so I wasn’t surprised that she was using language that I didn’t understand.

But before I could respond to Camilia, the GameMaster spoke up. Her queer white face was stern even though we had known and considered her almost like a friend for two years. She looked at Camilia and said, “I thought we talked about this already. Human races don’t exist in Dungeons and Dragons. Just because I’m part Cherokee doesn’t mean I can make my character Native American.”

That’s when I realized that we were having a discussion about race, which were discussions that I usually tried to shy away from growing up. It turned out that “Latinx” was a gender neutral term to refer to people with Latin American heritage.

But it wasn’t enough for our GameMaster to just be problematic regarding PoC representation in fantasy. They went on to say something deeply transphobic: “And ‘Latinx’ isn’t even a real word.”

You could have heard a pin drop.

Camilia then shot fact after fact at our white GameMaster in quick succession. She explained that first of all, focusing on realism in games is exactly the kind of racist dog whistling that Trump supporters use. Secondly, race doesn’t and shouldn’t matter in mythical fantasy lands.

Dungeons & Dragons teaches that diversity is strength, for only a diverse group of adventurers can overcome the many challenges a D&D story presents. In that spirit, making D&D as welcoming and inclusive as possible has moved to the forefront of our priorities[…].

One of the explicit design goals of 5th edition D&D is to depict humanity in all its beautiful diversity by depicting characters who represent an array of ethnicities, gender identities, sexual orientations, and beliefs. We want everyone to feel at home around the game table and to see positive reflections of themselves within our products. “Human” in D&D means everyone, not just fantasy versions of northern Europeans, and the D&D community is now more diverse than it’s ever been.

She went on to explain that even if the world of Dungeons & Dragons was based on european myths and culture, it didn’t matter because there were still people of color all over medieval europe. I learned that european cultures like the vikings, celts, british, and romans were racially diverse societies much like USA today, and featured tons of impactful people of color — a fact that white people still have a hard time accepting.

Camilia delivered the final blow to our white “ally” by ending her speech with: “Oh, and you’re a fucking transphobe.” 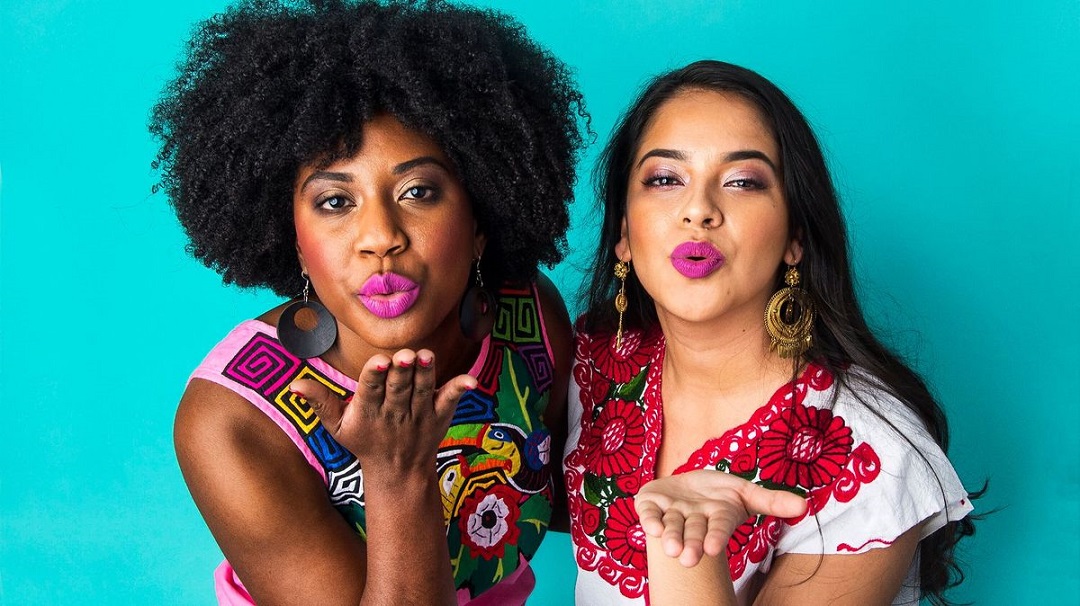 Ultimately, white people don’t understand what it’s like to be racialized or have internalized racism. Before I joined that D&D group and met Camilia, I was afraid to even have a character that represented my own identity in a fantasy game. I didn’t even know there was a word like Latinx to verbally express what my identity was — the system had made sure of that. This is why it’s so important to reduce white representation in these traditionally white male spaces, and recognize the colorful and vibrant power of LATINX!

I left that D&D group as a changed, racially awoken, woman. Oh, and we found a new GameMaster.