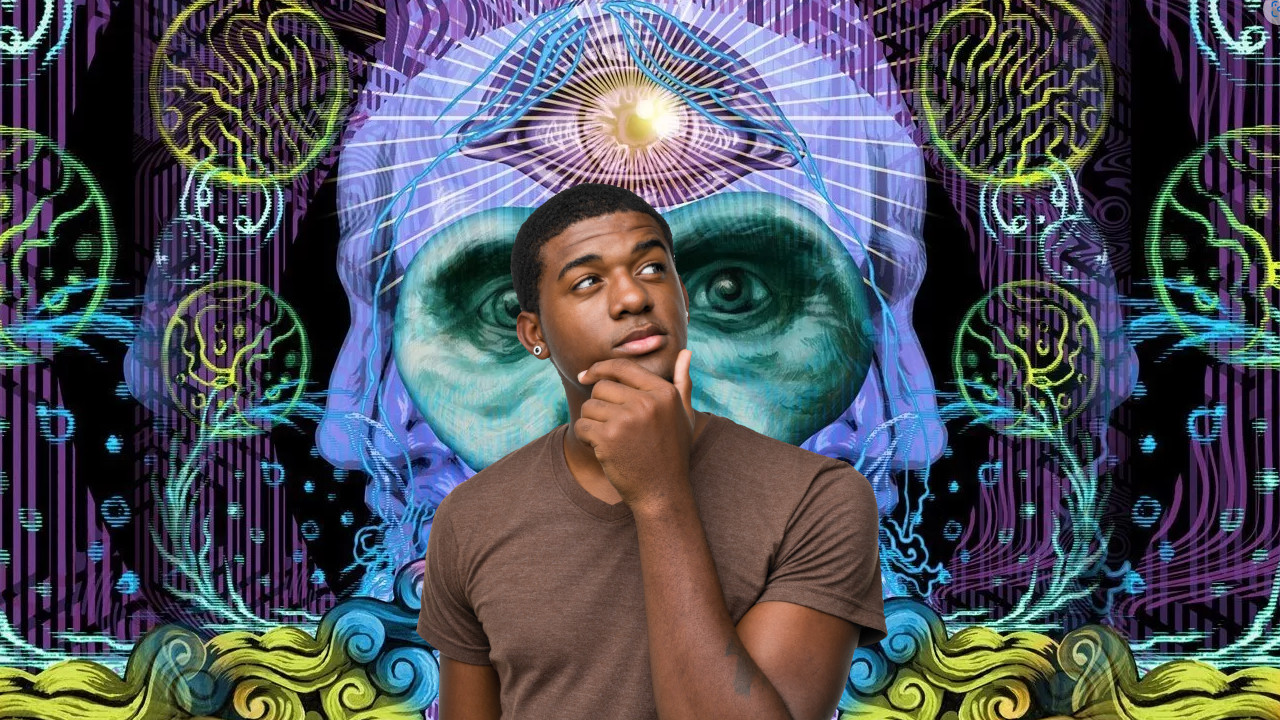 Safe and recreational drugs is one of the many important cultural contributions that folks of color have made in the 20th century. Whether it’s responsible Hennessey drinking or the cornucopia of culture that is cannabis, we invented it long before white folks prostituted it to consumerism. But there’s one drug that’s unquestionably and uniquely shrouded in whiteness — a “white drug,” if you will. We’re not talking about cocaine: it’s DMT.

Everywhere you look, you can find the whitest cishet men singing the praises of DMT or related psychedelics, from Joe Rogan to Post Malone. And in case you expected it from all the white men being involved, the truth is that there are (unsurprisingly) hidden layers of racism here.

You see, DMT may be shrouded in whiteness nowadays, but like everything else that you think is white, the drug actually has Latinx origins. Yes — clearly jealous of their lacking cultural contributions in the sphere of recreational drugs, white folks decided to just outright culturally appropriate one.

But if you remove cishet white men from the equation, then you’ll find that DMT actually has a history much richer and more diverse than a hardtack cracker. To understand the Latinx history of DMT, you first need to understand ayahuasca. To put it short and sweet, ayahuasca is the main psychoactive ingredient in DMT. Ayahuasca is a natural plant that naturally grows in nature (just like marijuana), meaning it’s safe. It has been used for centuries by the indigenous peoples around the Amazon basin in spiritual rituals.

So that’s pretty neat, but we’ve only scratched the surface of DMT. Something you’ll quickly learn if you travel in the right psychedelic communities online is that DMT actually gets kind of creepy for Black folks. For some reason, Black folks around the world have experienced a similar racist phenomenon when taking DMT. But to avoid diluting their message, we’ll let their testimonies speak for themselves.

Testimonies about DMT entities from people of color

One common phenomenon across DMT experiences, or “trips,” is coming across DMT entities called machine elves. There are walking, talking creatures that one encounters when taking DMT.

The term machine elf was coined by ethnobotanist Terence McKenna for the entities he encountered in DMT “hyperspace”, also using terms like fractal elves, or self-transforming machine elves, McKenna first encountered the “machine elves” after smoking DMT in Berkeley in 1965.

Sometimes the creatures are friendly and reveal deeper truths about the universe, or they might even take your hand and bring you on a journey.

But unfortunately, that’s not the experience many Black folks have reported. Black folks can’t even escape the scourge of systemic racism in the DMT realm.

One person reported that their first trip was good, but their second trip took a turn for the worst. “This time, instead of the sacred, I was greeted with the profane, and saw cartoons of racist caricatures mocking me. They were malevolent and it felt like I could die,” they reported. “As much as the first trip was welcoming and accepting, the second trip was pushing me away and I felt a strong sense of ‘NO.'”

“My friend said that the elves were making a machine and they turned around saw him and they said hey look the (n-word) is back,” another person reported.

The most chilling experience reported so far invokes the powerful imagery of the slain Emmet Till. “I was surrounded by the elves, and they all started chanting ‘Emmett Till,'” the trip report began. “I later learned that Emmett Till was a Black man accused of harassing a white girl in the 1950s. I had never heard of this story before, being a Black man who grew up in a white school district. Then, the elves started to rush me and they all picked me up and started chanting the n-word while carrying me. The elves threw me down a black hole and I continued to fall for around 10 minutes until my trip ended.”

One possible explanation for racist incidents while taking DMT is that the occurrence of racist DMT entities isn’t merely accidental or coincidental. Considering the Latinx origin of DMT and ayahuasca, it’s not completely outside the realm of possibility that these racist entities are extensions of conflicts happening in the everyday realm; a sort of “spiritual turf war” going on between the Black and Latinx community.

This is the inevitable and direct result of white supremacy. We can definitively say this because it’s something that happens not only in the realm of the spiritual, but also the realm of the physical. White men take all of the resources and land, leaving the Latinx and Black community to fight amongst themselves for the scraps. Ideally, both groups would band together to fight against their oppressor, but that’s not the case as long as the waters are muddied and we all fight each other.

Still, let’s not discount the fact that some Latinx men are willing militants in the fight for white supremacy. Just look at some of the recent shootings in the U.S. committed by Latinx men. Yes, Latinx men might have some intersecting oppressions of their own, but they’re still favored in the patriarchal white supremacist system over Black folks, who are at the bottom.

Another possible explanation for racist DMT experiences is that some Black folks, specifically the type of Black people who are male and would watch someone like Joe Rogan, are just subconsciously racist against fellow Black people. The occurrence of these racist DMT elves could be the result of internalized oppression felt by lonely incel Black men and teenagers who are convinced by their racist white friends to consume racist media like Joe Rogan and Jordan Peterson.

The DMT entities then dance to their subconscious tune, like blackface minstrel shows of old. 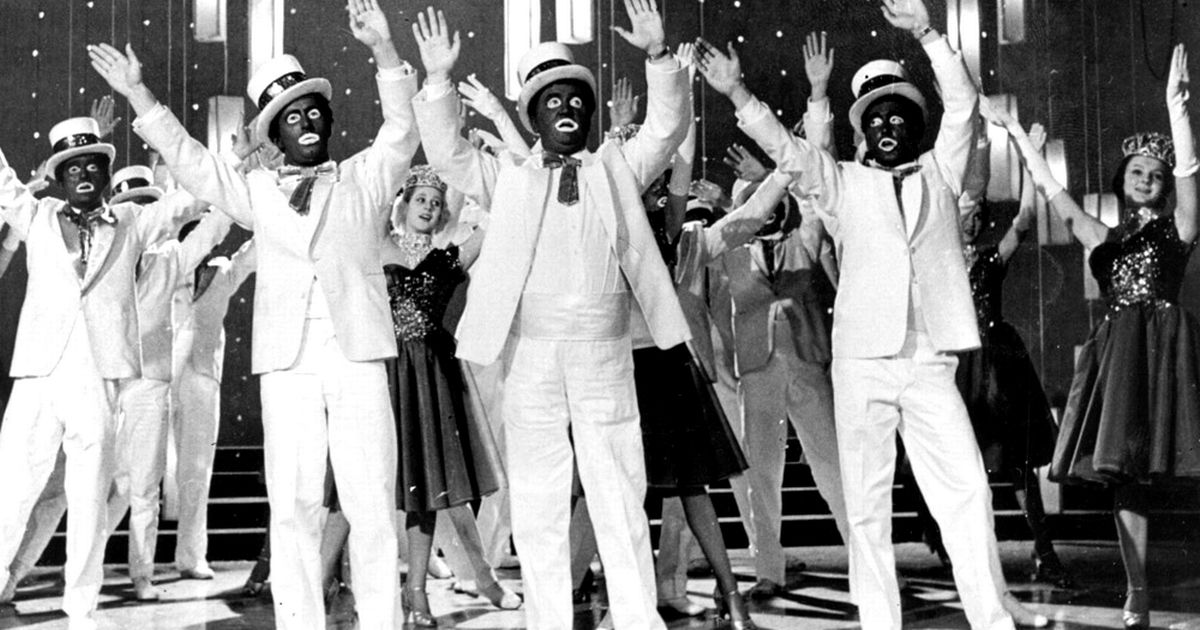 Also, consider that one table with one racist and a group of other people is actually a table full of racist people. If you choose to associate yourself with racists and tolerate racism, then you’re a racist too. This also applies in the spiritual world. If you choose to surround yourself with racist DMT creatures and keep returning to their realm, then by Occam’s razor that means you’re racist too — even if you’re a Black man.

The idea that we are all living in a simulation is a fairly credible scientific theory at this point. Simulation theory suggests that the probability of our existence being derived from one of the billions of simulations running inside a physical universe is much higher than the probability of us being one of the physical intelligences in the root universe. In addition to probability, there is also evidence that the universe around us doesn’t really exist until we observe it. Not spending processing power on what you don’t need to render is a basic video game optimization technique.

There are a lot of similar theories, and you should do your own research on it. The point is that there’s a possibility that reality as we know it isn’t really reality.

If simulation theory is real, what does that make of DMT entities? Are they part of the simulation too? I think the easiest explanation here is that the DMT entities are actually kind of like NPCs or robots — AI programs. This explanation is likely the truth because we already know that AI programs are inherently racist. (DMT being linked to AI isn’t a novel concept I just came up with, there are numerous related anecdotes and theories circulating online.)

This really brings me to the conclusion that that technology we see up there on DMT or even the other psychedelics, is essentially A.I. in its infancy stage, and we too alongside with it are in our infancy stage emerging out of the womb of matter and into more of a liquid malleable loving reality. I know theres a lot of scary stories out there about A.I but this is the closest thing that seems to makes sense to me; that we both evolve together and that the digital nature of reality is birthed through matter over and over again. When there is no time, its easier to see it clearly.

DMT entities being AI programs would also further prove that we are living in a system of systemic racism. The creators of the simulation literally created racist AI entities to torment Black folks, as if it wasn’t enough that they created a world that is inherently racist in almost all aspects.

Whatever the full truth of DMT elves really is, we just have one piece of advice for Black folks: please stay away from this drug. It’s not safe for us. Twas ever thus.

4 thoughts on “<span class="entry-title-primary">Psychedelic privilege: are DMT entities racist?</span> <span class="entry-subtitle">DMT users often come across strange beings called machine elves, dispensing advice and adventure. They were thought to be benevolent—but we can no longer ignore the Black DMT experience.</span>”