Recently, our family visited Hangzhou. While we were there we arranged to get glamor shots taken. It was my first time doing such a thing. When the results came out, I was surprised that I looked so good.

I was also surprised by my mother’s comments.

My mom complimented me by saying, “You look like a foreigner!”

She said it a couple times. She thought that my eyes were a little lighter than other Chinese eyes. Weird. I like looking Chinese, I don’t care about looking more like a white person.

But everyone else in Asia does.

Asian women are obsessed with staying light-skinned, having bigger eyes and boobs, and being taller. It shows in advertisements. Most models are white and there are so many products to help you stay light-skinned and doctors who do plastic surgery on the eyes and chest.

If you pick up a Chinese magazine (or really anywhere in the Asian world), every other page will be an advertisement for plastic surgery. The most popular operations are ones to enlarge the eyes and breasts, make the nose more “foreign” and long, and also to give eyes “suan yan pi” or that little fold in your eyelid that so many Oriental Asians lack (“double eyelid”).

Next in popularity are surgeries to improve your skin. They can get rid of your freckles, bags under your eyes, acne scarring, etc.

And then there are other operations and treatments, like ones to unwrinkle your skin, change your jaw/lips, get rid of bunions, and especially: to whiten your skin. (Although do note that Asians desiring light skin is not always about wanting to look Caucasian. A long time ago, light skin was an effective proxy for your social status. If you had people to slave outside in the sun for you, leaving you to keep your pale complexion inside, obviously you had to be at least somewhat wealthy. Conversely, if you were tan, it signified that you worked outdoors as a peasant. This light skin to aristocracy connection was made in Asia (e.g. China and Japan) and in the West.)

Having lived in the West almost all my life, it was scary to me how ubiquitous and normalized plastic surgery is in the Asian world.

It has all gotten to the point where the lineup of the Miss Korea beauty pageant went viral on Western internet for literally all looking exactly the same: 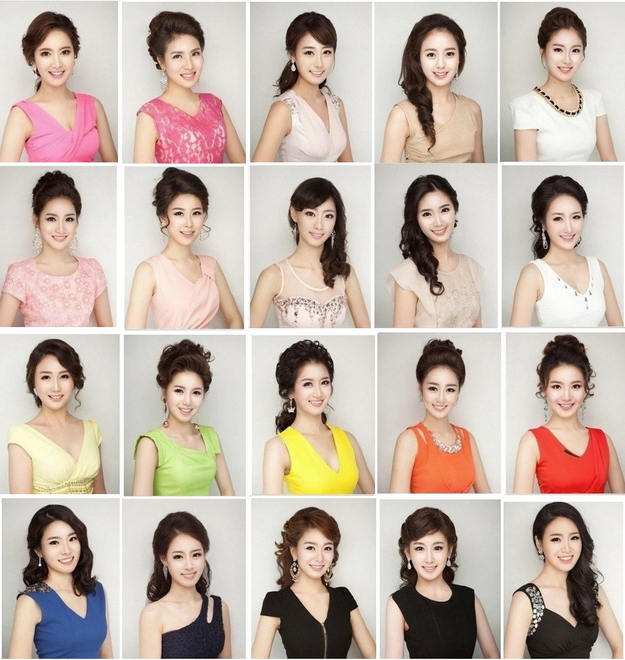 Being the internet, a gif was also made:

It’s not photoshop. It’s all surgery, and the same makeup — attempting to look as white as possible.

I don’t know about other Asians, but I am perfectly happy with the way I look. I like looking Asian and I don’t aspire to look like a Caucasian.

Why do you think so many Asian women are so obsessed with Western standards of beauty? Sound off in the comments.

95 thoughts on “<span class="entry-title-primary">Why are Asian women obsessed with surgery & ‘looking like foreigners?’</span> <span class="entry-subtitle">If you pick up a Chinese magazine, every other page will be an advertisement for plastic surgery. Surgery to look "foreign"—white.</span>”