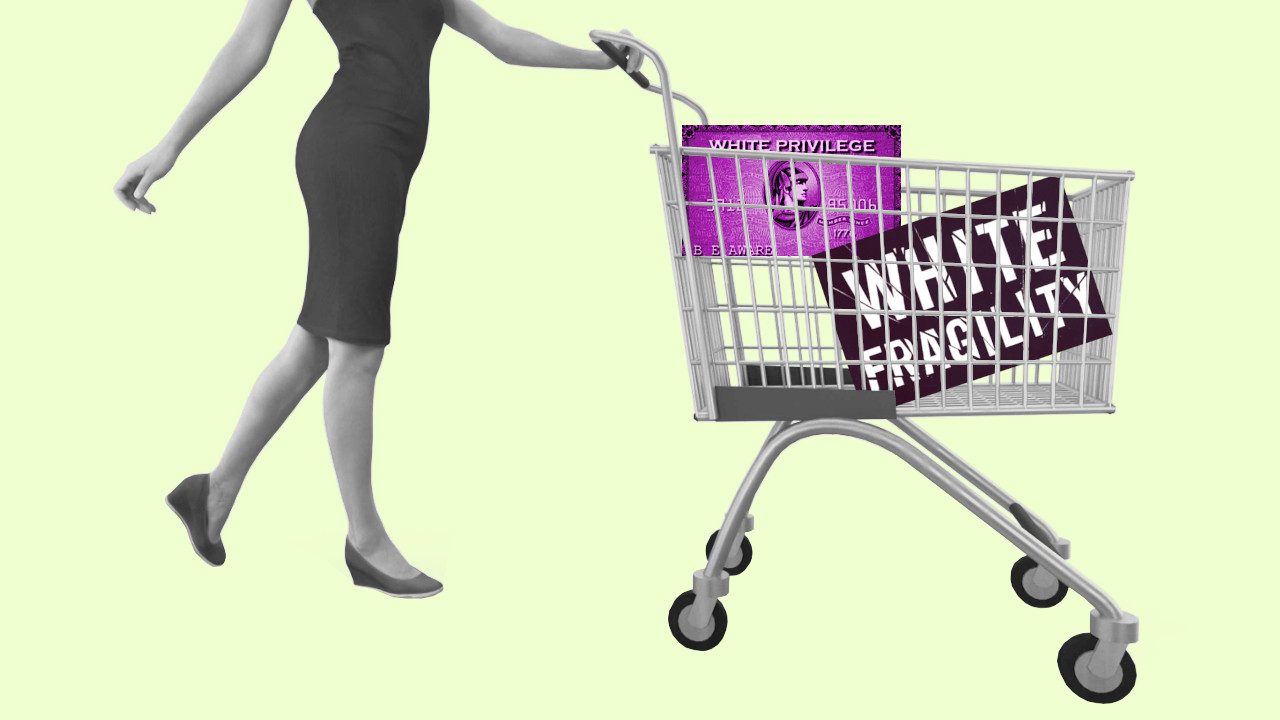 Have you ever been in a grocery store and had someone cut in front of you without a simple “excuse me”? Chances are, the person who did it was white — and people are starting to notice the rude pattern.

As a Person of Color, I often find myself on the receiving end of this and other rude behaviors in the grocery store. Whether it’s being ignored (or stalked) by employees or being bumped into by other shoppers, I often feel like an afterthought in this space designed by white folks, for white folks.

And, in fact, I have often observed white shoppers bumping into and cutting in front of other shoppers (of all races) as well without so much as a muttered “sorry.” There is a total white obliviousness going on as soon as pale people enter an establishment offering transactions involving food (which they’ll prepare without spices, no doubt).

It’s may seem like a small thing, but it speaks volumes about the entitlement and privilege that white people often carry with them in public spaces. By failing to acknowledge PoC presences, they are intentionally implying that we are not worthy of a basic level of respect — that we are not full humans.

Now, before anyone gets defensive, let’s acknowledge that not all white people are guilty of this behavior. But it’s a trend that has been observed by most people of color.

And it begs the question: why exactly are white people allergic to saying “excuse me” in the grocery store? Do white folks have a racial immunity to basic courtesy? Is every day Black Friday for shoppers of the caucasian persuasion? Is shopping a primitive fight for survival?

As always, the answer comes down to white entitlement. White people, as a group, hold a disproportionate amount of power and privilege in our society. This leads to a sense of pathological entitlement, where white individuals feel like they don’t have to follow the same social norms as do other races.

Another factor is a fundamental lack of awareness and consideration for others. Many white people have grown up in predominantly white spaces, where they may not have had regular interactions with people of different races. This lack of exposure can lead to a lack of empathy and understanding for the experiences of others. White people are also taught from a young age that they are superior to others and that their needs and wants take precedence. This belief is reinforced by institutions, media, and everyday interactions, which together create a culture of white supremacy. Outside the grocery store, this white pathology can (and often does) result in attacking PoCs as part of a bias crime. Inside the grocery store, it could mean not thinking about how white actions impact PoC shoppers around them.

It’s also worth considering the broader cultural context in which this behavior occurs. In the United States in particular, there is a long history of white people feeling entitled to take up space and ignore the complex needs of folks of color. This entitlement manifests in a variety of disturbing ways, not just in the grocery store.

It’s important to note that rudeness is not exclusive to white people. People of all races can be guilty of cutting in line or being rude in the grocery store. But, the prevalence of rude behavior among white people in particular proves that it’s tied to broader systemic issues, and can function as a white privilege enforcement mechanism.

So, what can be done? First and foremost, individuals need to check their own behavior and make sure they are being respectful and considerate of others in public spaces. But, we also need to have conversations about white entitlement, and how it contributes to harmful behavior toward already marginalized communities. By addressing these white pathologies and acknowledging their latent existences, we can move towards a more inclusive and respectful society.

In the end, saying “excuse me” in the grocery store may seem like a small thing. But, it’s a small step towards creating a more equitable world. So, let’s all make a conscious effort to be polite and considerate in the grocery store, and hopefully set a positive example for others to follow.