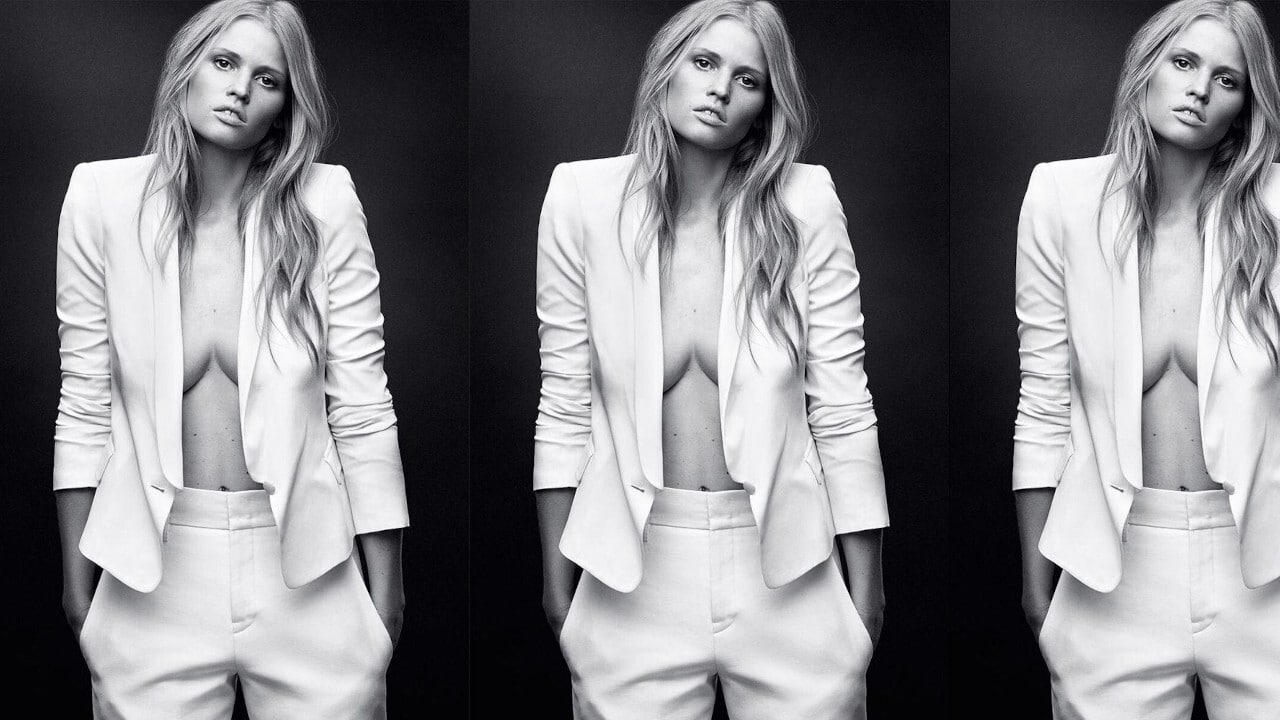 The woman’s power suit isn’t easy to define. What was once characterized by big shoulders and a boxy torso has evolved, so its essential quality is the ability to make a woman feel her most confident. Here, we size up the power suits—from classic to cutting edge—that have advanced us through the decades. 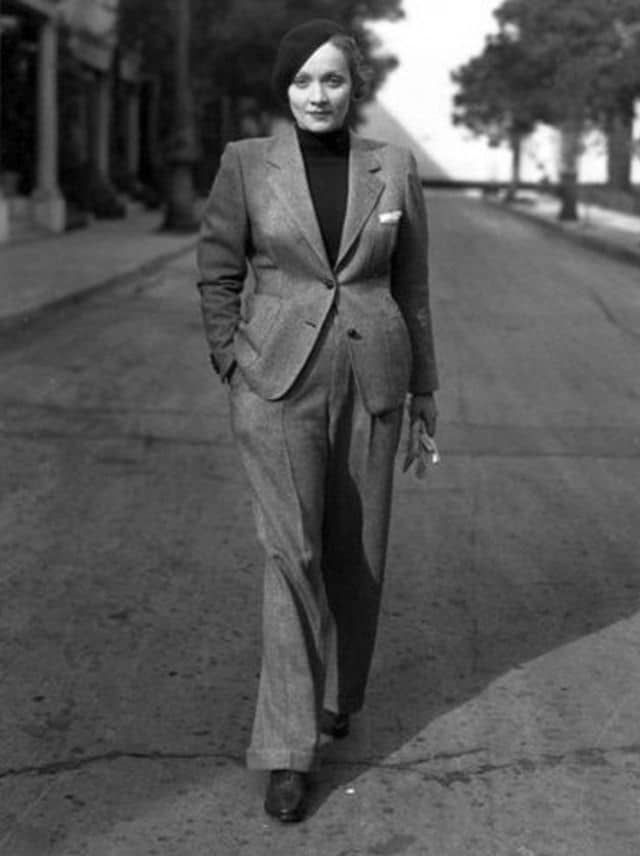 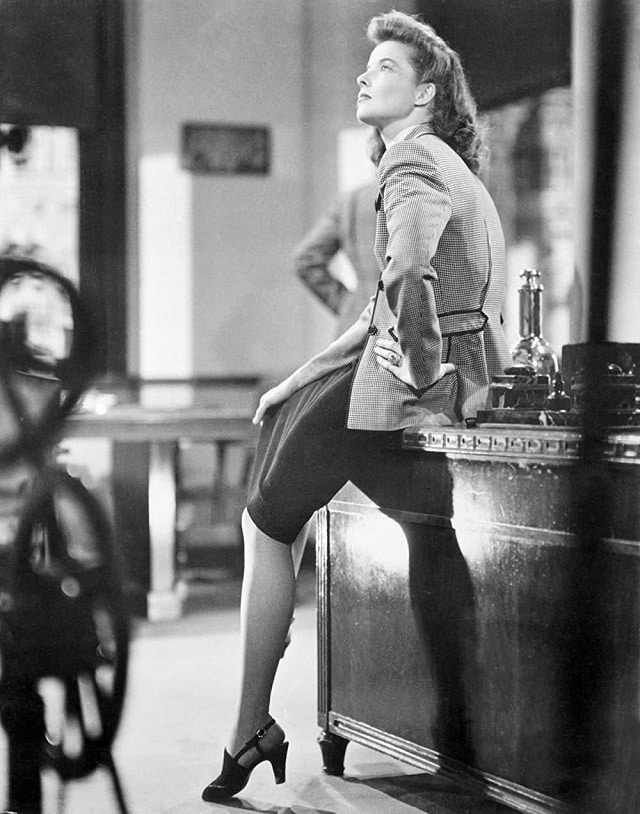 In 1942’s Woman of the Year, Kate Hepburn—as political columnist Tess Harding—strode across the screen in sleek power skirt suits with strong shoulders and slacks with blazers. The style not only became the actress’s trademark look, but ignited a trend that encouraged women to suit up for work and play.

Wearing a spangled, mostly transparent pantsuit, Barbara Streisand nabbed the Oscar in 1968 for her role in Funny Girl. She later revealed that she didn’t realize the outfit was “so see-through.” (She also nearly tripped over the exaggerated bell-bottoms on her way up to the stage.) Just two years earlier, Julie Christie had donned a gold lamé pantsuit to accept her own Academy Award. 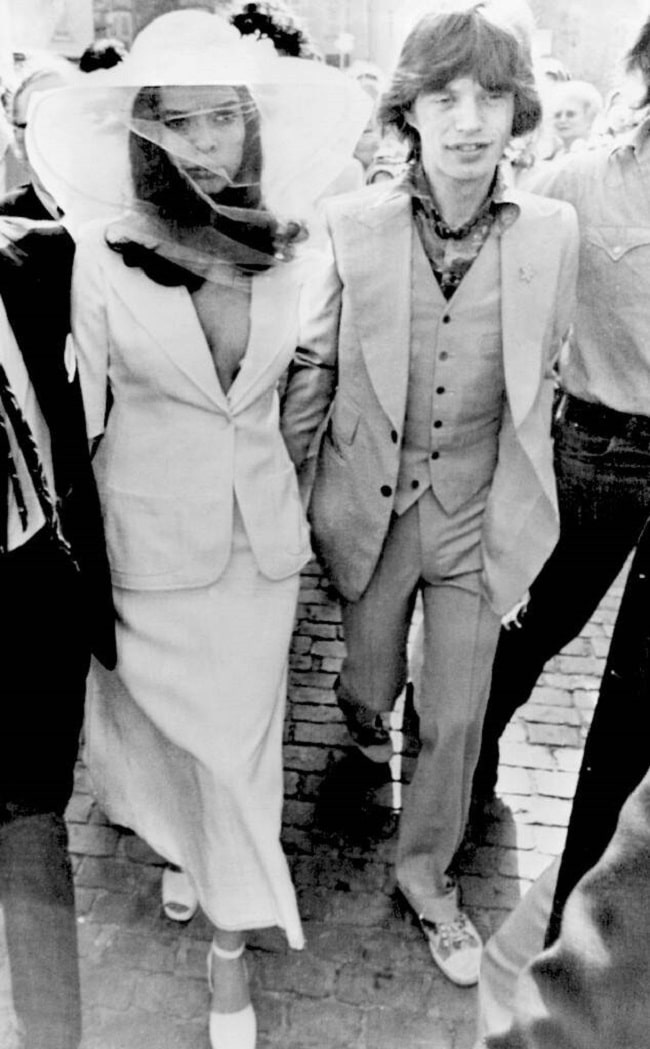 Leave it to sexpot Bianca Jagger to marry rock icon Mick in a power suit. In 1971, Jagger asked designer Yves Saint Laurent to create a sleek white Le Smoking jacket (modeled after the look he debuted in 1966) with a matching narrow long skirt. She wore nothing underneath the jacket and her peekaboo cleavage became her bouquet of sorts. Saint Laurent also made her a wide-brimmed white hat with a veil to finish her commanding look.

A year before Annie Hall, Diane Keaton arrived at the 1976 Academy Awards already dressed in her trademark menswear style. While the film created a fashion craze, for Keaton, the look was more than a passing fancy—just this year, she wore a similar white suit to the White House Correspondents’ Dinner.

Credit the brilliant 1988 film Working Girl for focusing on the transformative power of the wide-shouldered architectural suit. Melanie Griffith, as spunky Staten Island–bred secretary Tess McGill, co-opts the bravado of her female boss (Sigourney Weaver) when she slips into one of her skirt suits. In the end, Griffith as McGill prevails and proves that it’s much easier to shimmy up the corporate ladder in a power suit than in a leather mini. 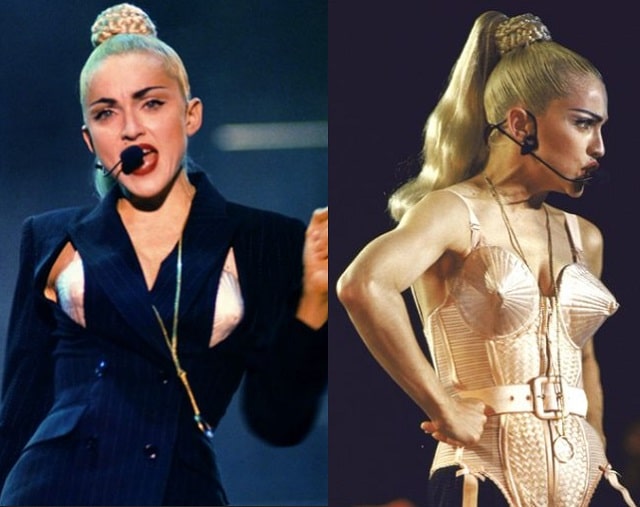 For Madonna’s “Blond Ambition” tour a year later, she revolutionized the masculine pinstriped suit by pairing it with a conical corset—both designed by Jean Paul Gaultier. No doubt, her juxtaposition of the feminine and masculine ushered in a new way to wear a power suit. Working women started pairing lacy camisoles and floral silk shells with their pant and skirt suits.

It’s hard to believe that women were forbidden from wearing pantsuits on the floor of the Senate until 1993. Ironically enough, the year before was deemed the “Year of the Woman” in the Senate with both Barbara Boxer and Dianne Feinstein running for California seats. It was Illinois’ Carole Moseley Braun—the first African-American female elected to the Senate—who ended the trousers ban by trading her skirt for slacks. Now, that’s a power suit.

Hillary Clinton—the poster women for a power suit—can attest to its strong silhouette. In 2007, she told David Letterman, “In my White House, we all know who wears the pantsuits.” 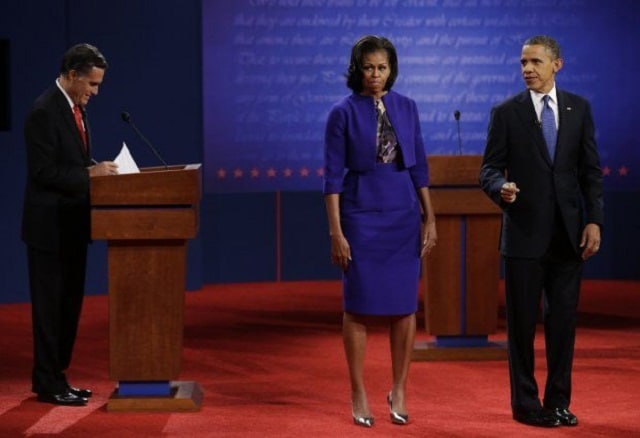 Although first lady Michelle Obama has a penchant for sleeveless frocks, she pulled out the big guns and wore her own take on the power suit to last month’s first presidential debate. Her jewel-toned Preen ensemble—which included a high-waisted skirt and soft collarless jacket—telegraphed confidence and ease. The classic silhouette also harkened back to Jackie Kennedy’s sleek, ladylike ’60s suits that crested at the knee.